Home » Walking the Walk – What To Know About Walkthroughs

Walking the Walk – What To Know About Walkthroughs 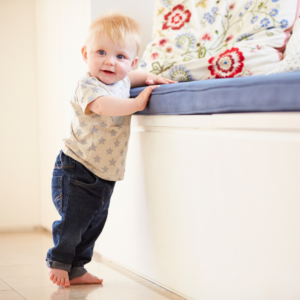 The final walk-through typically takes place mere hours before the closing itself. It’s one last opportunity for the buyer, along with his or her agent, to inspect the home and make sure there aren’t any last-minute problems.

Hopefully, your final walk-through will be smooth sailing. Every now and again, though, issues do arise — and they can go as far as to derail the entire home sale.

Here are 10 of the most common final walk-through discoveries that can potentially throw a wrench into the transaction:

— The negotiated repairs haven’t been completed.

— The lawn hasn’t been cared for.

— The utilities have been shut off.

— There’s major damage to the walls.

— The home was damaged in the moving process.

Unless otherwise agreed upon, the sellers should be totally moved out of the house by the time of the final walk-through. Now, if they left behind a can of paint or a couple bags of trash, that’s probably not the end of the world. But if they left behind much more, the buyer may have to request they come by and clean up.

The House Is a Mess

The typical agreement is that the seller leave the property in broom-clean condition. This is a somewhat nebulous term, and it may mean different things to different people. The house doesn’t necessarily have to be spotless, but neither should it be a disaster area. Ideally, the house should appear move-in ready for the new homeowners.

The Negotiated Repairs Haven’t Been Completed

When buyer and seller negotiate on repairs or renovations, it’s expected that they all be finished by the time of the final walk-through. If the seller needs a little additional time due to unforeseen circumstances, this should be communicated to the buyer well in advance of the closing.

Did the seller take items they said they would leave for you? Light fixtures? Window treatments? A piece of furniture you wanted to buy along with the house? That’s definitely something that can stall the closing or lead to some tumult.

The Lawn Hasn’t Been Cared For

Generally speaking, real estate contracts stipulate that the seller will keep the lawn areas maintained until the date of closing. That doesn’t mean everything has to be perfectly manicured, but if the grass is five feet tall, or has died during the escrow period, that’s a problem.

The Utilities Have Been Shut Off

Typically, your real estate contract will stipulate that the utilities have to be on through the final walk-through. If you don’t have power or running water during the walk-through, that could technically be a breach of contract.

For homebuyers, it’s important to use the final walk-through as an opportunity to test all the appliances included in the sale, confirming they work as intended. If something doesn’t work, you can ask the seller for a repair allowance.

There’s Major Damage to the Walls

Did the seller remove a wall-mounted TV, a piece of artwork, or some kind of home automation technology? And if so, did it leave behind damage to the wall? This could be a big issue.

Buyers should test out both the heating and cooling capabilities of the home. See that they work satisfactorily. If not, that’s something for which you’ll likely want to negotiate repair costs or a price adjustment.

The Home Was Damaged in the Moving Process

If the sellers did any kind of damage to the home while they moved out, that’s something for you to take stock of. In some cases, it may be worthwhile for you to request a repair allowance.

These are some of the main items you’ll want to look out for if you’re a buyer going through your final walk-through. And if you’re in the process of selling a house, let these serve as words of caution. Make sure to avoid these common hurdles to the home closing.