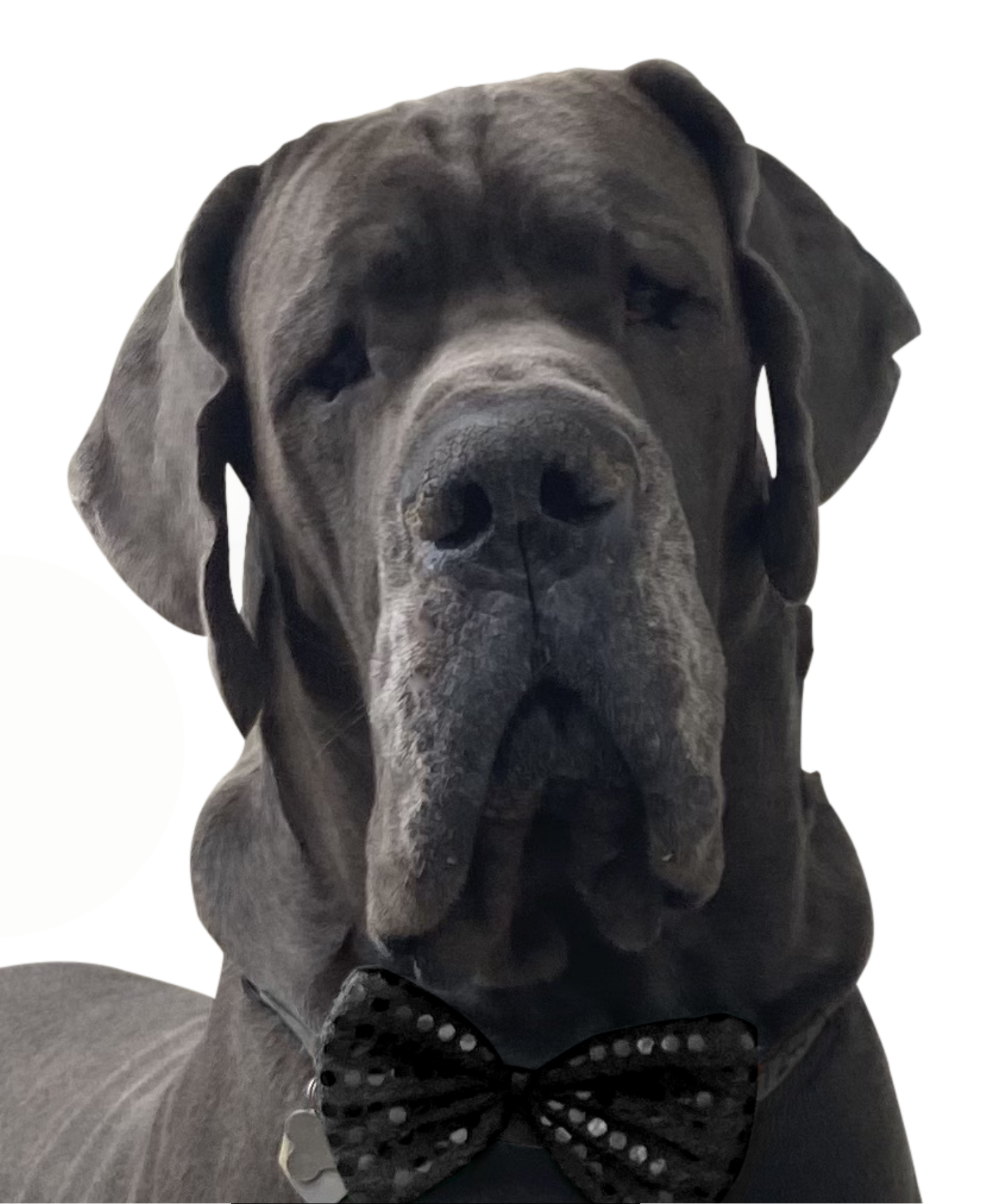 Gunner is a European Blue Great Dane weighing in at a whopping 230 pounds and the inspiration behind the Jones Hollow Realty Group Logo.

Gunner knows that pets have a big say in real estate.  Eighty-one percent of Americans say animal-related considerations play a role when deciding on their next living situation.  Eighty-nine percent of those surveyed said they would not give up their animal because of housing restrictions or limitations. Twelve percent of pet owners have moved to accommodate their animal, and 19 percent said that they would consider moving to accommodate their animal in the future. REALTORS® surveyed said that one-third of their pet-owning clients often—or very often—will even refuse to make an offer on a home because it’s not ideal for their animal.

Dogs are part of the family, so it’s important to factor in our furry friends when choosing a place to live.  Gunner makes sure that our agents highlight dog-friendly amenities like spacious yards and a mudrooms for dirty paws in our listings making it easier for our buyers to find the home of their dog’s dreams.

When Gunner isn't focused on real estate or chasing down the mailman, you can usually find him curled up on the couch or soaking up the sun at the end of the dock.  Gunner's favorite things include spending time with his humans, rough housing with his brother Axel (an American Harlequin Great Dane) and eating pizza.  Be sure to keep a pile of drool rags handy.